Wow! July flew by! At the beginning of the month it seemed like while we were at our first family reunion Clark started signaling much more clearly when he had to go. So that was cool. But then it did not continue.It seems like there were a couple weeks when we were missing most pees except for some wake-up pees. If Clark was fussy I would pick him up and surmise that if he had to pee he would push away. But it seems like he doesn’t do that. He just expects that I’m picking him up to take him to the potty and it seems like he pees once I set him back down again.

At some point I thought about this. It seemed like there wasn’t a good way to read him consistently, so I decided to go back to relying on timing. And it worked pretty well during our week long family reunion last week! It took a little trial and error but I discovered his pattern.

He would pee on waking, and then again 10-20 minutes later. Then he would pee every hour for the rest of the day, until sometime in the afternoon when other people started playing with him more and he peed a little sooner and then I’d get out of sync with him. But it did seem like I could get back in sync with him if I put him in a carrier for a while. Except the one time that I put him in the carrier while playing frisbee golf and he was too thrilled watching the game to think about peeing. He was squealing with delight and clapping his hands as frisbees flew and people cheered and sighed, haha. And at the end, he had a wet diaper.

I think it was also a lot easier to figure out EC being with him 24/7 on vacation and being able to put a little more energy and thought into it. I wouldn’t plan to start EC on vacation though.So yeah! Still not perfect, and that’s not the point. By the end of the week I also felt burnt out. I think we had a lot of misses yesterday back at home because I’m experimenting with having him come to me when he needs to pee. I think he’s not big enough for that yet. But maybe if I keep his potty in the same spot all the time he’ll figure out how to go to it. 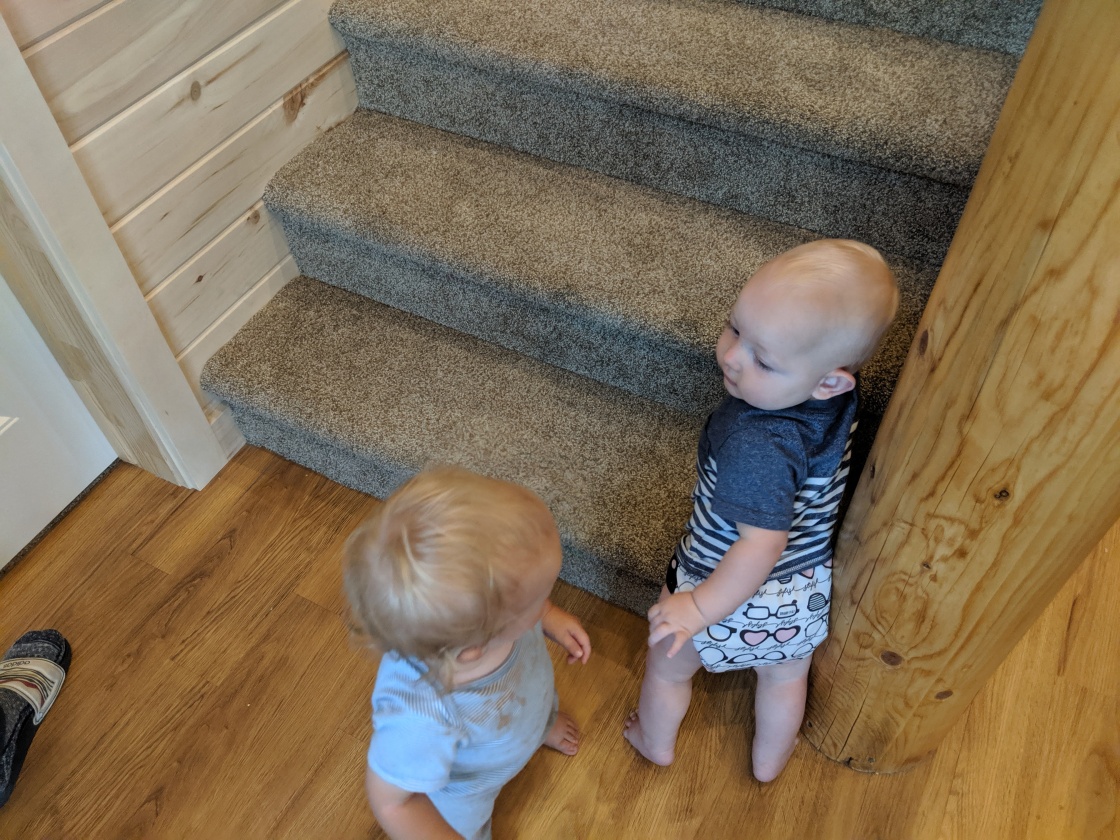 Overall it’s just really cool that I’m a lazy, average mom, scared of EC and that just by doing a little here, and a little there we’ve made some progress! It’s cool to see that he definitely gets it and prefers to go on in the potty. I don’t always catch his signals, but it seems like he has started to hold it more, expecting that he’ll get a chance to go in the potty.

Oh! And one thing I forgot! They say humans are wired not to poop while sleeping, especially at night, at least once we’re more than a few months old and we have a normal circadian rhythm. Well, Clark defied that and pooped at 4:30 am this morning! Luckily I knew about EC so after he squirmed and kicked me off and on for an hour I took him to the bathroom and he let out a surprise!

Speaking of which, he poops every 4-6 days and often while I’m at work, so we don’t get much practice with poops, and I definitely haven’t figured out how to deal with them as he hates sitting down to poop. He wants to be in a supported half squat, haha! So I put him in the tub standing against the edge and put the potty behind him. But this is not ideal for being out and about so hopefully we figure it out!